The particles vary in size by several orders of magnitude 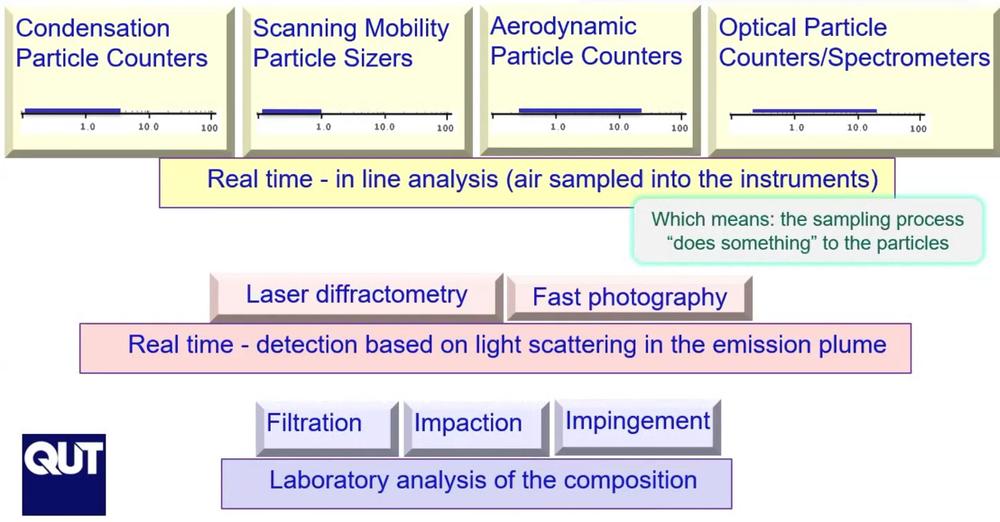 There are three primary study setups: 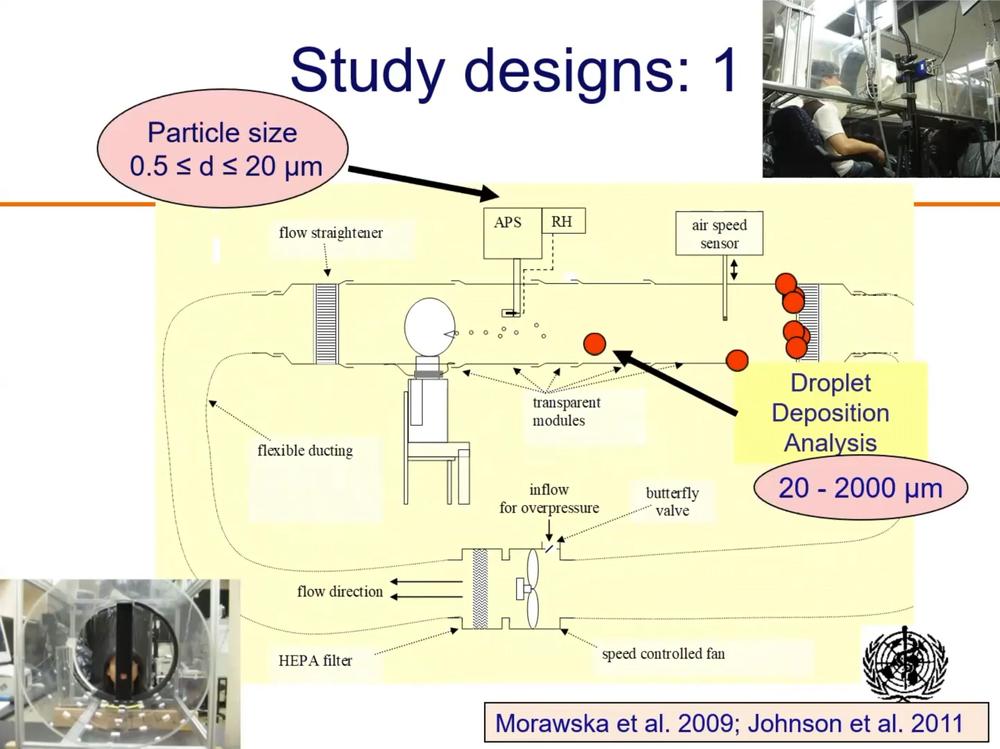 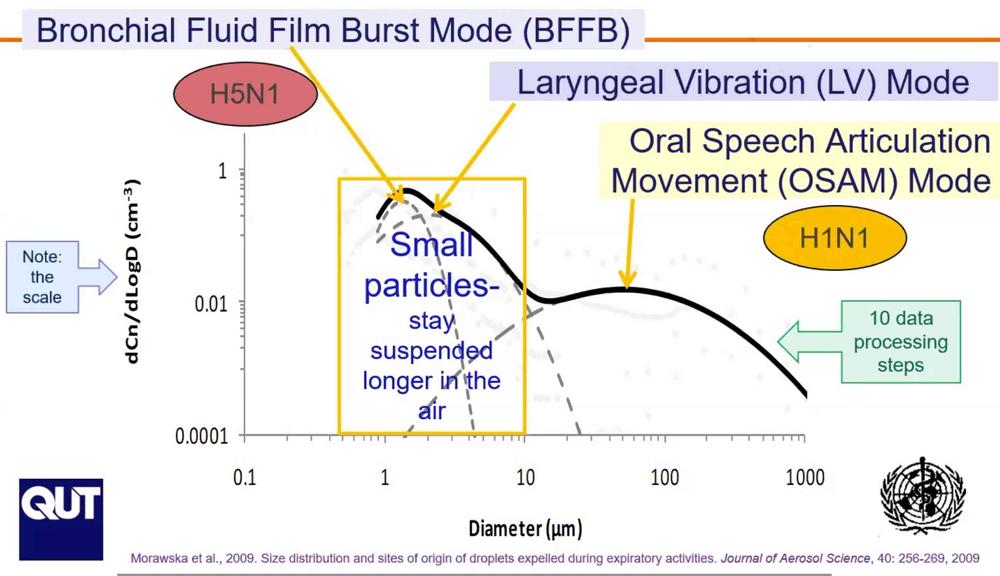 The smallest size particles have the highest viral load concentrations. Respiratory aerosols are water-based and a large portion rapidly evaporates, resulting in a reduction to 20-40% of the original particle size.

Different vocalizations differ in the amount of particles generated. "Aah" sounds generate the highest levels (exceeding coughing) and are common when singing. Speaking more loudly also results in increasing concentrations of aerosols being generated. It was also shown that mouth-breathing generates more particles than nose-breathing, and some mouth-breathers generate more particles than result from quiet speaking. Different disyllabic words also vary in their emissions: 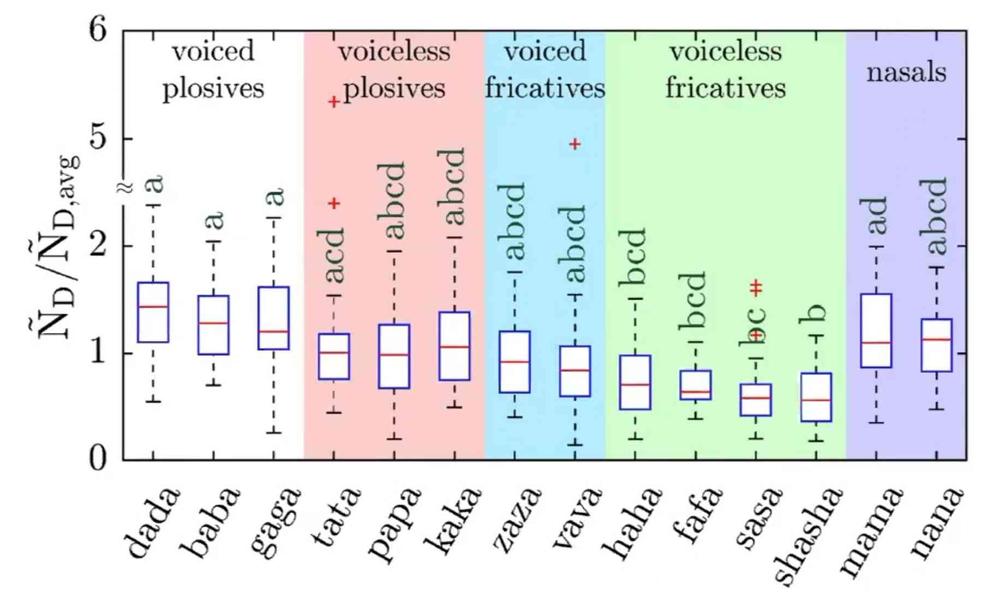 Volume versus number distributions: Larger diameters of the mode's center lead to higher volume concentrations since volume is proportional to the cube of the diameter -- but this does not imply that larger volume means higher viral load. It is in fact the opposite since larger particles originate from the mouth where the viral load is lower. Smaller particles from deeper within the respiratory are where viruses are primarily located so breathing and speaking are the primary source of small, virus-laden particles.

While future research will pinpoint these trends with greater accuracy, they are unlikely to fundamentally change the general scientific understanding of aerosol particles from the perspective of infection/transmission.

Next: Transmission Modes of Respiratory Viruses (9/36)

Lidia Morawska is a Professor at the Queensland University of Technology (QUT) in Brisbane, Australia, and the Director of the International Laboratory for Air Quality and Health (ILAQH) at QUT, which is a Collaborating Centre of the World Health Organization on Research and Training in the field of Air Quality and Health. She is also a co-director of the Australia-China Centre for Air Quality Science and Management. She conducts fundamental and applied research in the interdisciplinary field of air quality and its impact on human health and the environment, with a specific focus on science of airborne particulate matter. Dr. Morawska is an author of over eight hundred journal papers, book chapters and refereed conference papers. She has been involved at the executive level with a number of relevant national and international professional bodies, is a member of the Australian Academy of Science and a recipient of numerous scientific awards. Dr. Morawska is a physicist and received her doctorate at the Jagiellonian University, Krakow, Poland for research on radon and its progeny.