The Goldberg drum measures the stability of viruses in aerosols by keeping them suspended. 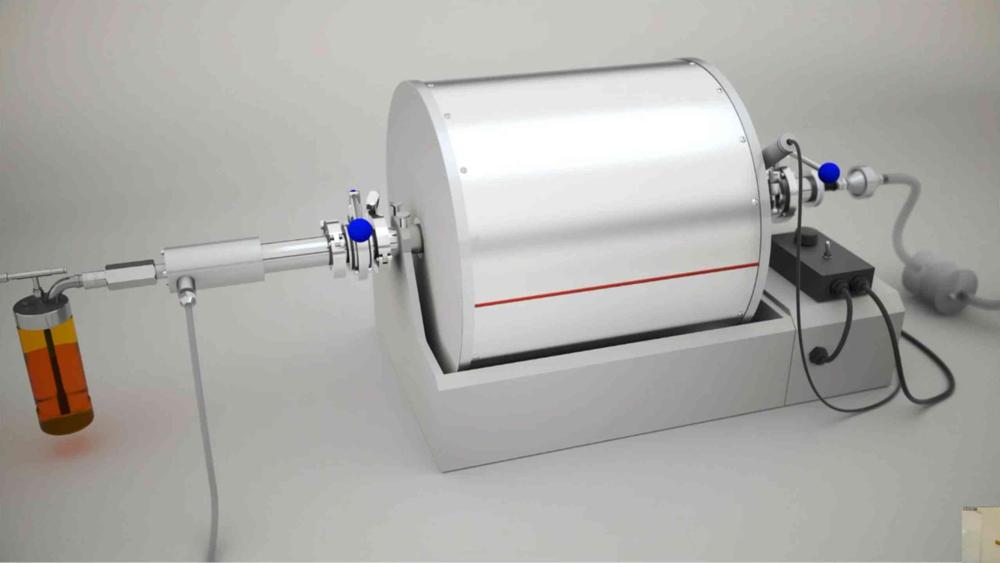 The orange bottle on the left contains viruses that are aerosolized and sprayed into the drum. The drum rotates and the aerosols can be extracted on the right hand side after some amount of time.

This process established a 1.1 hr half-life for SARS-CoV-2. In another study it was shown that infectious virus remained in the aerosols even after 16 hours indicating its stability.

Temperature and humidity both impact the survivability with a shorter half-life as relative humidity rises.

With fall and winter coming in the Northern hemisphere, it will be important to determine the effects of temperature. The large-scale spread in meat-processing facilities indicates cold temperatures may enhance survivability, but there is not lab data on this for SARS-CoV-2. However, data on surfaces have shown that infective SARS-CoV-2 has much higher stability at lower temperatures, and at lower relative humidities. 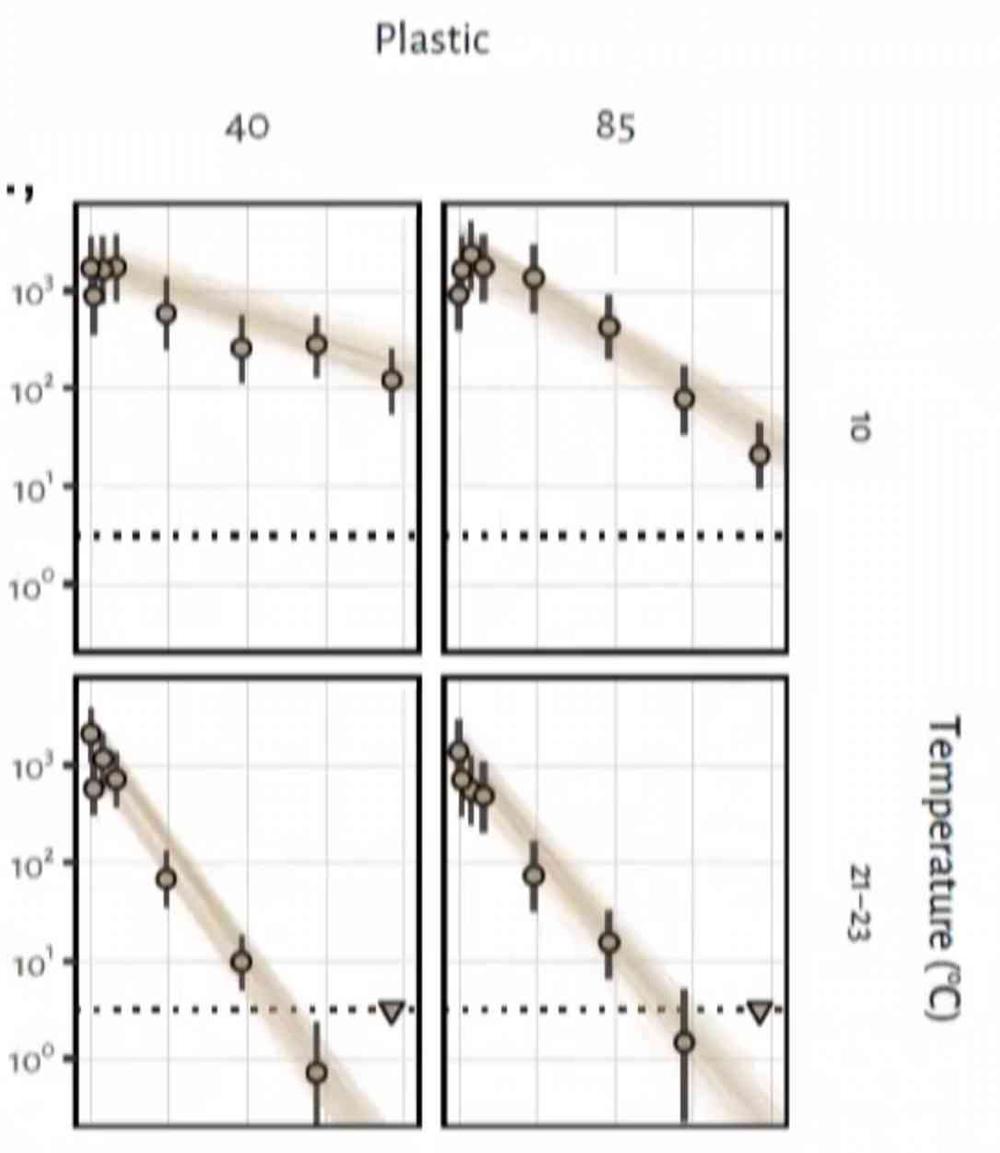 The low temperatures and humidity in winter weather may accelerate the spread of SARS-CoV-2.

We know direct UV inactivates the virus and the half-life of SARS-CoV-2 in aerosols exposed to sunlight is under 6 minutes at 40 degrees N latitude June 21st simulate sunlight. This is under a tenth of the value in darkness. Having meetings outside is a good idea based on these data.

These studies used synthetically generated aerosols, which differ from the aerosols humans will produce. In a simulated salivia and at high humidities, the stability of SARS-CoV-2 is lower than in a cell culture media. This is good since it means the half-lives measured in labs could be overestimates. However, some studies have shown the opposite effect, where at high relative humidity the virus in saliva was more stable than in cell culture, and at low relative humidity the virus was more stable in cell culture.

Phi-6 viruses were used to evaluate the effects of mucus (HBE ECM) and it was found that this greatly enhanced the stability of aerosols, especially in the 55-85% relative humidity range. This would point to the lab estimates of SARS-CoV-2 half-life possibly being underestimated, particular at these humidities.

In contrast, surface half-life of SARS-CoV-2 has been tested to be cut in half in mucus/sputum compared to cell culture. This would indicate that lab tests for surfaces are likely over-estimating the stability of SARS-CoV-2 on surfaces. 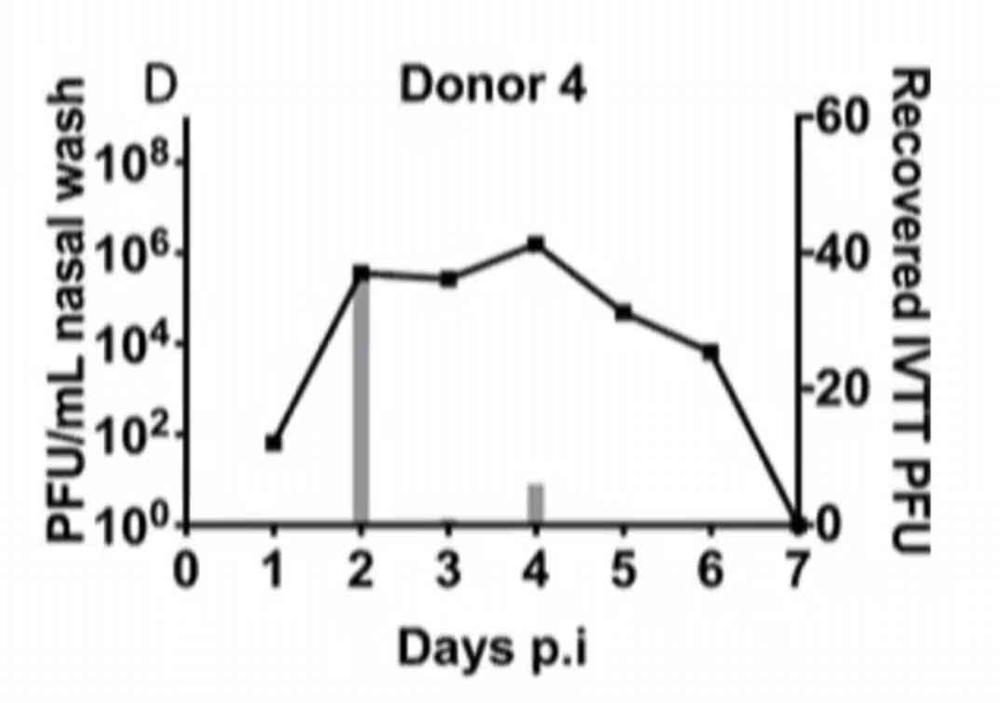 Emmie de Wit is the Chief of the Molecular Pathogenesis Unit in the Laboratory of Virology of NIAID, where her lab focuses on emerging respiratory viruses, aiming to combine pathogenesis studies with detailed molecular analyses to identify molecular determinants of severe respiratory tract disease within the virus and the host. In 2009, she moved to the Laboratory of Virology of NIAID in Hamilton, Montana to work in the biosafety level 4 laboratory there. Here, she focused on the pathogenesis of and countermeasures against Nipah virus, the Middle East Respiratory Syndrome Coronavirus and the 1918 H1N1 influenza A virus (Spanish flu). In 2014-2015, Dr. de Wit spent 4 months in a field lab in Monrovia, Liberia in charge of patient diagnostics for several Ebola Treatment Units in the area, to help contain the devastating Ebola epidemic in Liberia. Since the emergence of COVID-19, Dr. de Wit has focused her research on SARS-CoV-2, developing animal models and using those for testing of medical countermeasures and to gain a better understanding of SARS-CoV-2 pathogenesis. Dr. de Wit received her Ph.D. in virology in 2006 from Erasmus University Rotterdam, the Netherlands where her research focused on the replication, pathogenesis and transmission of influenza A virus.